skip to main | skip to sidebar

2019: With Tom Devlin, I am the co-editor of a six-volume compilation of John Stanley's Little Lulu comic-book stories, which date from 1945 to 1959. I selected the stories for the six volumes, and will contribute essays to each of the books. (I've also done hundreds of scans from the Lulu comics in my archives.)

For the first time, these stories will be reprinted at full size and in color--replacing earlier collections that contained corrupted versions of the comics.

The first volume, Working Girl, was released in November, 2019. 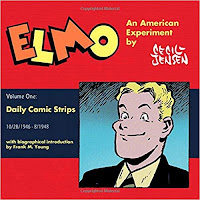 In July 2019, I published my restoration of Cecil Jensen's cult-classic comic strip, Elmo. This project entailed two years of daily work, and I worked with sub-standard materials. With the advice of a graphic designer friend, I discovered methods that helped coax the strip's line-work from its brutally bad original printing.

As well, I wrote a biographical introduction that sheds some light on the elusive Jensen, and the book has met with praise and enthusiasm. It is available on Amazon; you may preview the book from this link. 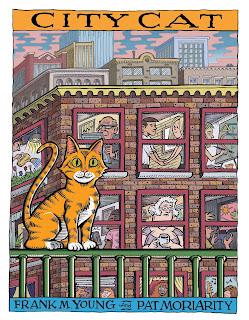 Pat Moriarity and I have begun work on an original all-ages fictional graphic novel, City Cat.

As is typical for my graphic novel work, I am the writer and colorist. To the left is the book's current "poster." We are currently creating a sequence that we hope will suffice to gain the attention and commitment of a publisher.

More details on this project as it progresses.

2018: I wrote the 15-page introduction for Lost Art Books/Picture This Press's The Complete Mitzi McCoy, which I worked on with the book's editor and designer, Brian Edward Collins. The book was inspired by a blog post I wrote in 2014. It's a great joy to see the work of Kreigh Collins, one of my favorite cartoonists, back in print. Read more about the book HERE.

2016-2017: Colorist for Harry Bliss's book Grace for Gus, which was published in February, 2018 by HarperCollins' Childrens (KT) imprint. I colored this 40-page graphic novel that's packed full of wonderful visuals and more gags than a pile of classic Mad magazines. It was a pleasure to work with Bliss, a longstanding New Yorker cartoonist, and I look forward to working again with him in the future. I also designed the cover!

Grace for Gus was given a starred review by Kirkus Reviews, an influential publication throughout the publishing field. Their reviewer mentioned me: "Dramatic diagonals, beautiful contrasts in lighting, and a joyful vibrancy pervade the scenes drawn in ink by Bliss and digitally colored by Young." 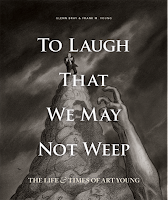 2014-2017: Co-curator/editor and essayist for upcoming book To Laugh That We May Not Weep: The Life & Times of Art Young, a lavishly illustrated and annotated celebration of the great cartoonist and illustrator Art Young (no relation that I know of!)

I wrote a 5,000 word essay to introduce the book, and, with co-curator/editor Glenn Bray, selected and organized the images.  Other essayists include Art Spiegelman, Justin Green, Marc Moorash, Anthony Mourek and Glenn Bray. The book was published in August, 2017 and has received kudos from Matt Groening, Elvis Costello and other notable people. 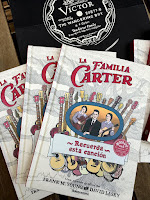 Spring, 2017: I copy-edited, laid out and designed The Fire Went Out, a book of religious essays and lessons authored by Dr. Darrell H. Countryman, PhD for Sterling Swan Books. This was the late Dr. Countryman's final group of writings, and the book was released in late March, 2017 as a tribute to this man and his life's work.

2016: David Lasky and I are among the "stars" of the documentary film, Bezango, Wa., which explores the Pacific NW cartooning scene. Read all about it HERE. 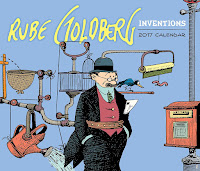 2015-16: I served as editor on Growing Up Twice (Newsworthy Books). a compelling memoir by Aaron K. Douglas, which is now available on amazon.com. I helped Douglas shape the text to speak most clearly in his own voice, in what is an engaging, sometimes-tragic story of two lives, and of the positive power of mentorship in our society,

I highly recommend this book; it's a personal story very much worth telling, and Douglas speaks of his life experiences with courage and character. 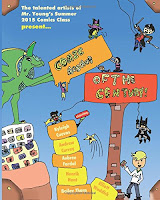 8/15-present: Instructor for Saturday Academy, Portland, OR: I created and have taught nine classes for grades 2-8 on making comics and illustrated story books, as both intensive summer classes and in after-school programs offered by the Saturday Academy. More information about this organization may be found HERE.

In these classes, six to 12 middle-school age students create their own comics short stories from scratch.

I have published the results in a book which the students named Comic Mashup of the Century. More information about this book can be found HERE. Four subsequent volumes have anthologized the work of other comics classes. I enjoy working with young cartoonists. They're the future of this art form. 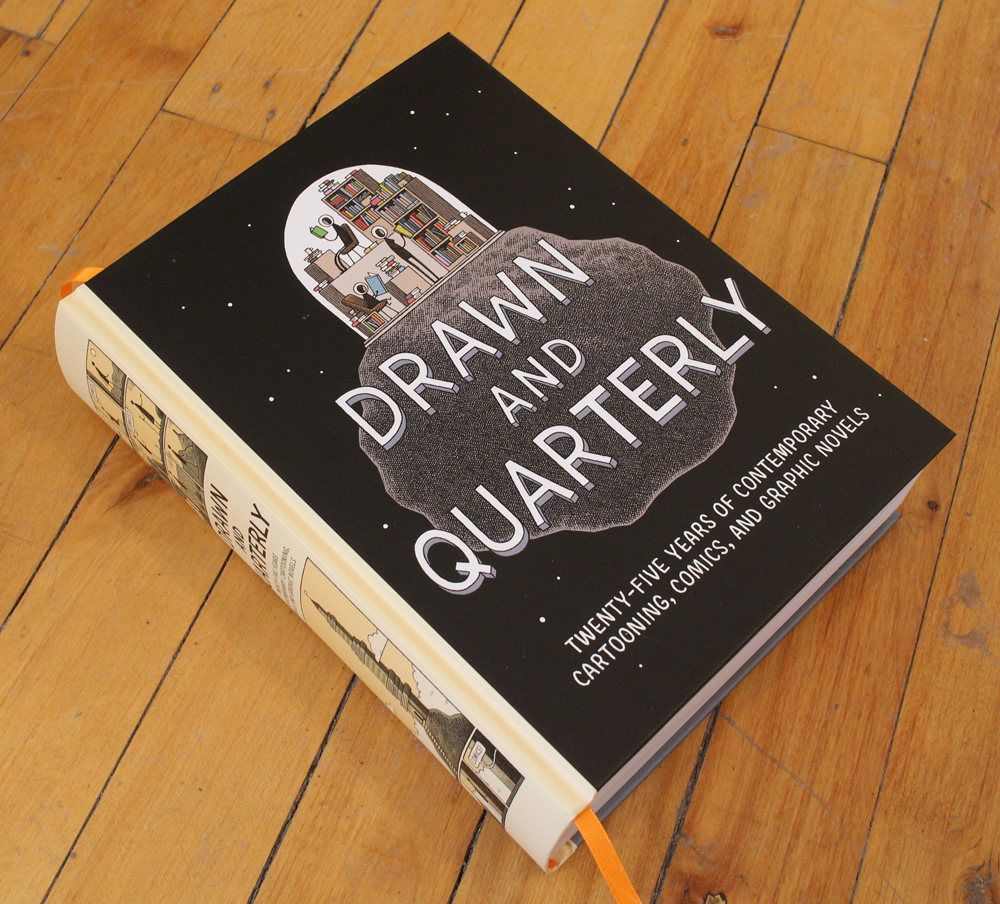 2/15-present: Essayist, The Comics Journal: My return to the magazine that I once edited, which is now in digital form. My essay "Working Stiff, Working Loose: the 1950s Comics of John Stanley" may be read HERE. An appreciation of the pecularities of Chester Gould's Dick Tracy may be read HERE. My interview with collagist-avant garde cartoonist Yvan Grillo may be read HERE. Search the website's database for other reviews and essays I've written. 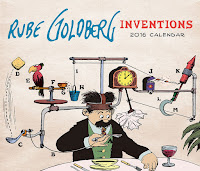 12/14-3/15: Colorist for upcoming Abrams publication Rube Goldberg Inventions 2016 Calendar (which is out, as of September 2015-- HERE is its link on amazon.com!

I colored 16 of Goldberg's inventions for this delightful calendar. It was an honor to work with one of the great cartoonists of the 20th century--even indirectly! 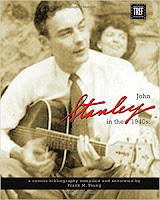 11/14: Researched, wrote, designed and self-published, through amazon.com's CreateSpace imprint, a three volume comics bibliography of the works of writer-artist John Stanley. These acclaimed books are available on amazon.com, and are the first book-length study of this great cartoonist's work.

10/14: An excerpt from The Carter Family: Don't Forget This Song is featured in The Best American Comics of 2014, published by Houghton Mifflin.

1/14: I helped color Cece Bell's acclaimed young adult-slanted graphic novel El Deafo, published by Abrams' Amulet books imprint. David Lasky did the finishing touches on the 40 pages I colored, as he is the book's official colorist. As with Carol Lay's project, I laid the all-important foundation for David Lasky.

7/13: I helped color Carol Lay's Kickstarter-funded, self-published full color comic book Murderville.
Carol and I (along with David Lasky) were recent guests of honor at the 2013 Olympia Comics Fest, held in early June in Olympia, Washington.

I thoroughly enjoyed working with Carol on this delightful project.

7-12/2012: colorist/graytone painter for graphic novel Good Riddance, written and illustrated by Cynthia Copeland. I worked with best-selling author Copeland on this 222-page graphic novel. I did not contribute any narrative material, but I helped bring her gripping, often very funny real-life story to life via graytone rendering and spot color.

This book was released in May, 2013. Click here to view its link on Amazon.com. 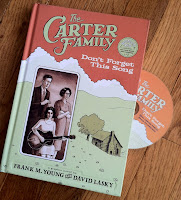 10/2012: writer/colorist of graphic novel Don't Forget This Song: The Story of the Carter Family, in collaboration with artist-writer David Lasky.

The book was been nominated for two Eisner Awards -- for myself as Best Writer, and for the book as Best Reality-Based Project. It won the latter category.

This project was begun in 2007. I'm pleased that David and I have seen it to completion, and that it's out in the world. 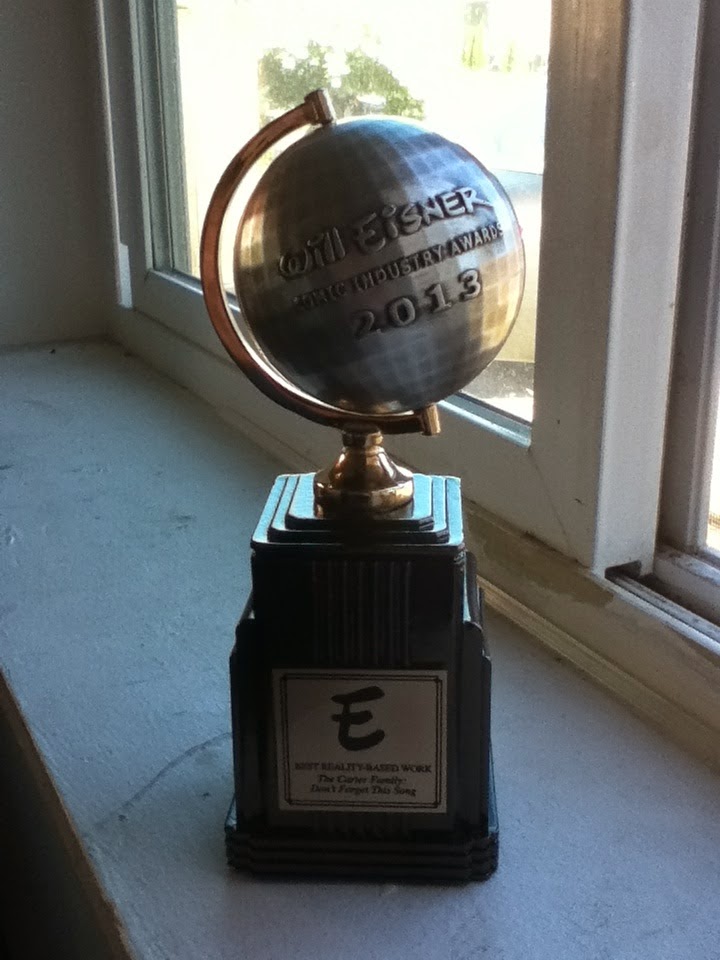 For this non-fiction project, I conducted several interviews with such notable figures as Mike Seeger, Rita Forrester and Bill Clifton. David and I did a great deal of historical research for this project.

I colored the book based on the evocative hues of early 20th century American newspaper comics. The coloring has been widely noted in reviews, as has my usage of dialect throughout the book.

The book has been released to much critical praise, and is soon to go into its second printing. That's my Eisner Award there, to the left...

See the dedicated blog for this project HERE, and buy a copy of the book HERE.

Order the book from amazon.com HERE. Check out the dedicated blog for this book HERE. 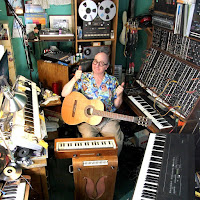 2010-present: I have co-written several songs with Dana Countryman for his albums Girlville! New Songs In The Style Of Yesterday's Hits! (2016)  and Cabaret of Love (2018). As well, I've played guitar parts on a few songs for various albums and done assorted background vocals and handclaps. In the summer of 2014, I directed an elaborate music video for Countryman's song "And Suddenly Love Just Happened." 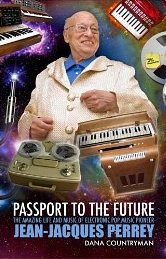 I edited this 312-page musical biography, written by Dana Countryman.  For this project, I helped establish a clear, readable tone for the prose, assured grammatical/stylistic consistency throughout the text, and worked with several iterations of the manuscript alongside author Countryman. I also contributed some graphics and photo retouching to the project.


THIS LINK  offers more information on the published book. 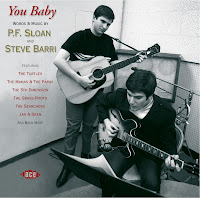 4/2010: CD project programmer/interviewer/liner notes writer, Ace Records, London England: I proposed a compilation CD project for this label, entitled You Baby: Words and Music by P. F. Sloan and Steve Barri. This CD was issued in May, 2010. For this project, I conducted extensive interviews with songwriters Phil Sloan and Steve Barri. I wrote a 4000 word essay on their career, based on these interviews, and collaborated with noted music writer Mick Patrick on an additional 6000 words of detailed, track-by-track song information. As well, I helped plan the disc's track listings, and helped contribute discography information.

THIS LINK will take you to the project's listing on the Ace Records website.


12/2009-8/2010: Associate Editor, Tactical MilSim Magazine; freelance copy-editing (and subtle re-writing) for this quarterly slick full-color MilSim gaming magazine. Fine-tuning the work of absolute non-writers, to make them look like pros, was the name of the game for this magazine. (The magazine folded in the summer of 2010.) 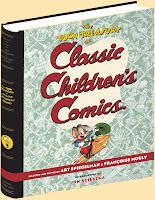 In 2008, I served on the advisory board of Art Spiegelman's historic comics anthology, The TOON Treasury of Classic Children's Comics.

I helped select several stories for the book, and took part in a round-robin editorial board that included such notables as Michael Barrier, Jeet Heer and Art Spiegelman.


2006-2009: Topps Chewing Gum, New York, NY: gag writer and layout artist. I sold several gag concepts to Topps' ever-popular Wacky Packages satirical trading card series. My layout sketches have been used, with little alteration, by painters such as John Pound in the creation of the finished artwork. These cards are sold nation-wide at various retail outlets.

2004-2008: Becker & Mayer!, Bellevue, WA: designer and author.
Becker & Mayer! are a leading book packager/production company. For them, I wrote several published books, including these volumes, listed on Amazon.com:

As well, I provided writing, editorial services and line art for the company.

These features have been collected into book form by Last Gasp Press. Click HERE for more information on this book. 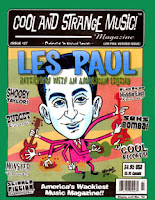 I edited eight issues of the controversial, highly influential news and opinion magazine about comics and other pictorial media. The run of my issues was nominated for a Harvey Award. My last issue was a special tribute to legendary writer/artist/editor Harvey Kurtzman.